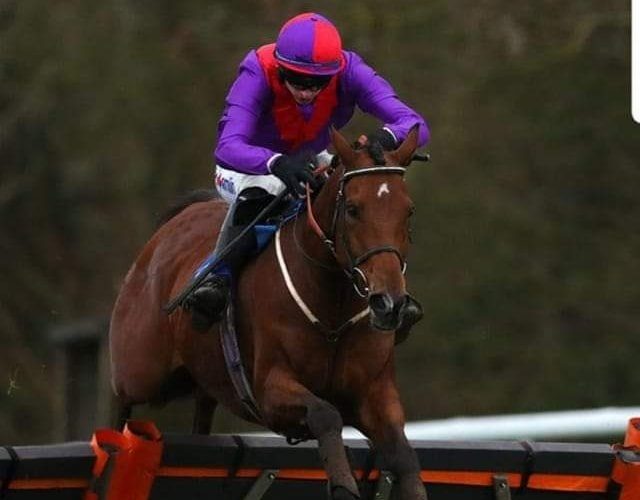 Beltor (pictured) won his fifth race for us at Newton Abbot last Wednesday. Wearing a first time visor he travelled well, was still on the bridle when turning in and went on to win stylishly. Ground permitting we hope to run him once more before he has a holiday.

Mere Anarchy looked like he was going to win the following day too – he was travelling well and was two lengths up when he pecked at the last, before going down by 3/4 of a length. He’s so difficult to win with!

Castlelyons has been sold from the Robert Stephens Racing Club (to stay in the yard for his new owner) so I’ll be off to the Doncaster Sales to buy a summer jumper for the club.

Echo Du Large made a very pleasing racecourse debut in an Exeter bumper last Tuesday. He’s a lovely horse for the future. We were also delighted with Toshima’s first run since his wind operation. He had been very disappointing before the operation but this was much more like it.

First Destination and Tudors Treasure didn’t scope 100% last week so they have both now gone off on their holidays.

Secondo has been in good form of late and he runs at Chepstow on Tuesday. Push The Tempo is also well, he’s going to Newton Abbot on Wednesday.