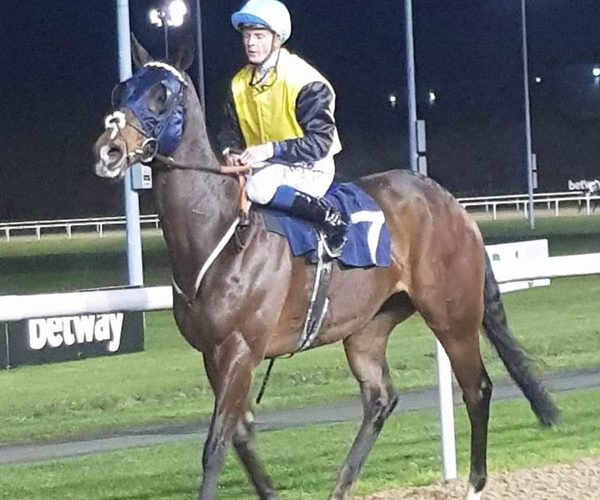 Toshima runs today in the 3.15pm at Southwell, a 14 runner maiden. It’s a competitive race but Toshima is in fine form. He had a wind operation in the spring and he’s run two good races since, including when he was second at Ffos Las last time out. He’s definitely heading the right way. He’ll be ridden today by Ciaran Gethings. Good luck to owners Threes Company.

Secondo (pictured) reunites with Poppy Bridgewater in the 8.35pm at Wolverhampton.  He has also been knocking on the door recently, his form figures this year read 3432633 so he really deserves a win! Good luck to the Robert Stephens Racing Club members.

Espresso Freddo has been declared at Bath on Wednesday evening.