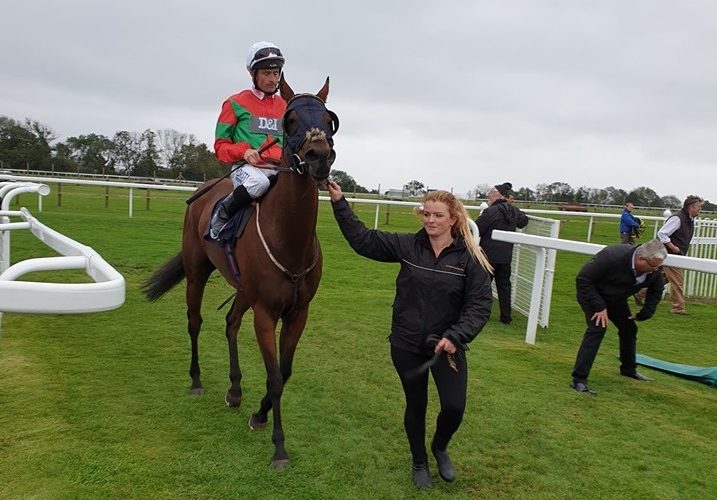 Last week’s winner Espresso Freddo (pictured) runs at Nottingham tomorrow. The handicapper put him up 9lb for his convincing win at Bath last Monday, so we’re turning him out quickly under a 5lb penalty. Theoretically this puts us at a 4lb advantage!

Dane O’Neill won on him last time but he’s not at Nottingham, and Kieran Shoemark takes the ride. This is a better race but Espresso Freddo won easily at Bath and loved the softer ground, so hopefully he’ll go close again tomorrow on similar ground. Bumble Bay is entered at Exeter on Thursday.

While we’ve had several horses active through the summer jump racing season, the jump season proper starts this month.

Toshima has an entry in the Paul Ferguson ‘Jumpers To Follow’ 4 year old hurdle at Chepstow’s Jump Season Opener meeting on Saturday. He also has an entry for a flat race for jump jockeys at Goodwood on Sunday. Hopefully the ground will be good enough at one or the other, if it’s too soft we’ll save him for another day.

The ground was also too soft for Secondo at Windsor on Monday. He’ll probably head to Wolverhampton on the all weather next.

Early next week Beltor and First Destination will be entered on the Welsh Champion Hurdle card at Ffos Las.