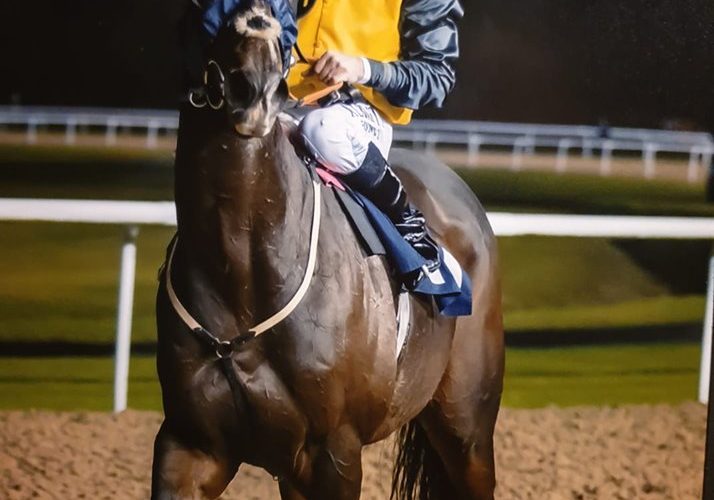 The lovely Secondo (pictured under Dane O’Neill) won the fifth race of his career on Monday at Wolverhampton, in the colours of the Robert Stephens Racing Club. This was his second win of the season, he also won at Chepstow in July. He’s been a great horse for the club because he’s also been placed several times this year. Please email me if you’d like to know more about our racing club.

Espresso Freddo followed up his Bath win with a good second at Nottingham last week. The soft ground appears to be the key to him and he’s entered again at Windsor on Monday.

Toshima was entered at Chepstow and Goodwood at the weekend but unlike Freddo he’s not a soft ground horse. He’ll go to Wolverhampton on the all-weather instead on Friday. He’s fresh and well after a break following on from a busy and successful summer.

It could be a busy few days. Beltor and First Destination are both entered at Ffos Las on Saturday, Beltor in the Welsh Champion Hurdle. We’re hoping there won’t be too much more rain. Balkinstown also holds an entry at Ffos Las but at this stage it looks more likely that he’ll go to Plumpton on Monday.

Balkinstown is owned by Colleen Ford-Ellis, as is The Caller, who we hope will line up in the Durham National at Sedgefield on Saturday. It’s a prestigious 0-145 race, and off his mark of 117 a few above him will need to come out at declarations stage, so fingers crossed!